Professional Experience
I attended law school at the University of Oregon School of Law in Eugene after receiving my undergraduate degree from Whitman College in Walla Walla, Washington. I grew up in Washington State, and have always lived in the Pacific Northwest.

During law school I clerked for The Law Office of Bill Kloos in Eugene, dealing with a land use case that involved extensive wetland law and endangered species issues. I also externed with The Honorable Gregory J. Foote in Lane County Circuit Court, which gave me the opportunity to see how other attorneys approached cases in both settlement/resolution, and in trial settings.

I worked in Polk County as a Deputy District Attorney from 2005 to 2014. I represented the State of Oregon and worked closely with other members of law enforcement. During that time I’ve handled thousands of cases from initial charging and review through sentencing and probation violation hearings. I appeared in numerous motions hearings, and learned how to spot issues and errors in cases. I also handled the juvenile docket in Polk County, which included juvenile delinquencies (youth crime), and juvenile dependencies with the Oregon Department of Human Services. I have extensive experience in all 3 areas. I was also a member of the Polk County Drug Court team, and assisted in efforts to help rehabilitate drug dependent persons.

I have attended numerous trainings, by law enforcement and other agencies, listed below.

Outside Activities
Music - songwriting, playing a wide variety of instruments. 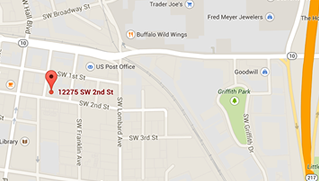 The Law Office of Max Wall LLC is licensed to practice in the state of Oregon. Our principal office is located in Oregon. The information provided on this web site is offered for informational purposes only. It is not offered as legal advice and does not constitute legal advice. The Law Office of Max Wall LLC does not represent you based upon your visit to or review of this web site. This web site may be considered advertising under the rules of the State of Oregon.